We have had entries from Australia, the United States, Cyprus, Italy, as well as England, Scotland, Wales and Ireland.

If you wanted to enter, but missed the deadline, the good news is that there will be a second heat in February 2021. Keep an eye on our news feed here and on Facebook to learn more.

Our professional adjudicators are looking through all the videos submitted now. Results from heat one will be announced on Monday, November 23. 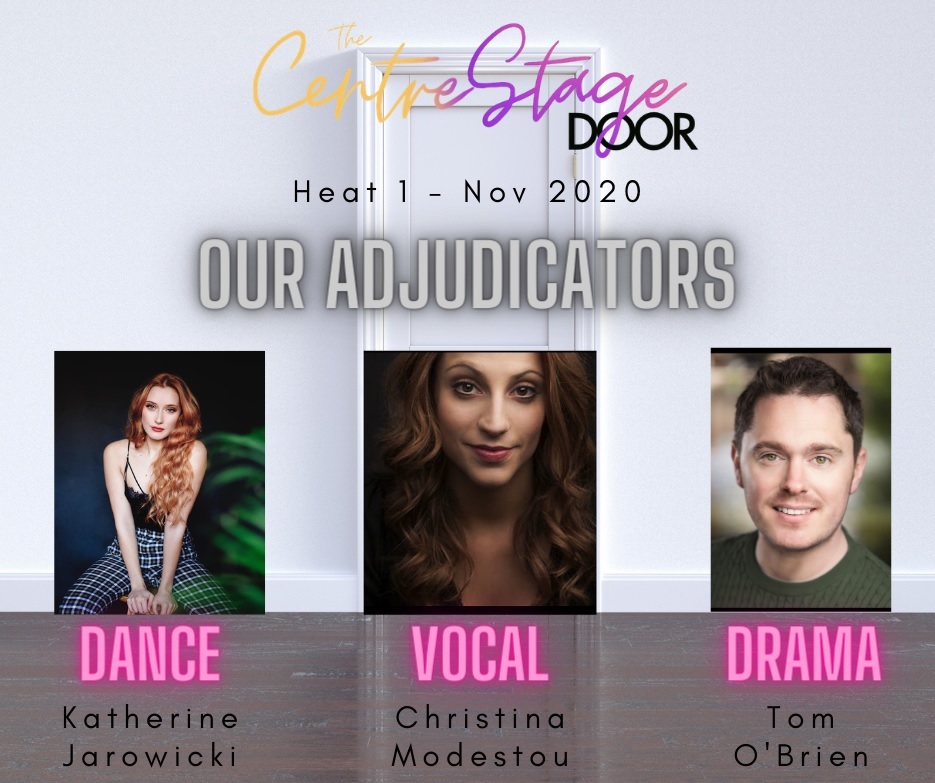 All entrants with 85+ marks will be invited to enter our World Championship Final at Easter 2021. Every entrant will receive a certificate and an adjudicator’s report. There will be medals for 1st, 2nd and 3rd places in all classes.

Good luck to everyone who has entered.

We did it for the first UK lockdown of 2020 – so we KNOW we can get through a second lockdown in England.

ALL our classes will go online from tomorrow until we get the go-ahead to start face-to-face classes in a covid-secure way.

We are really looking forward to seeing all our students again, but until then we will continue to offer classes online that are inspiring, innovative and fun.

We’re here for anyone who wants to talk and we know that our students will continue to support each other and enjoy the team spirit, kindness and companionship that mark out our amazing StageScreen students.

We will continue to follow the advice of the UK Government, NHS, Public Health England and our local Health Protection Team. 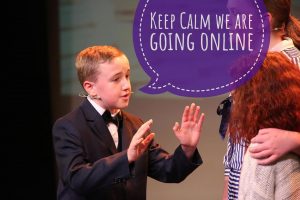 Here are our Starlets group, all aged four to six, at our Covid-secure venue, the Burton Albion Community Hub, doing their best Addams Family routine. 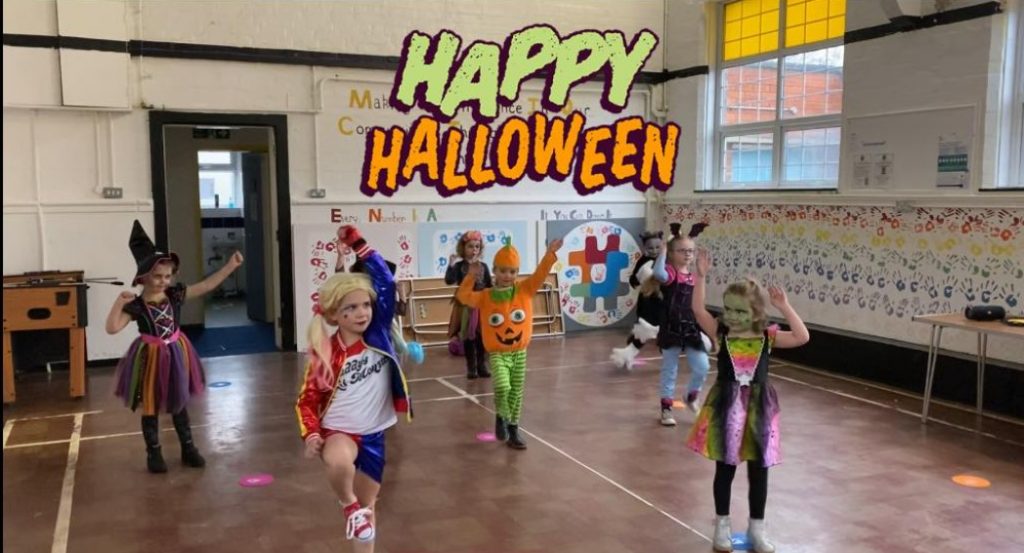 Our staff members also joined the fancy dress fun. Here’s our Principal, Heather Gallagher, who also made sure she stayed in our #TeamPurple colours. 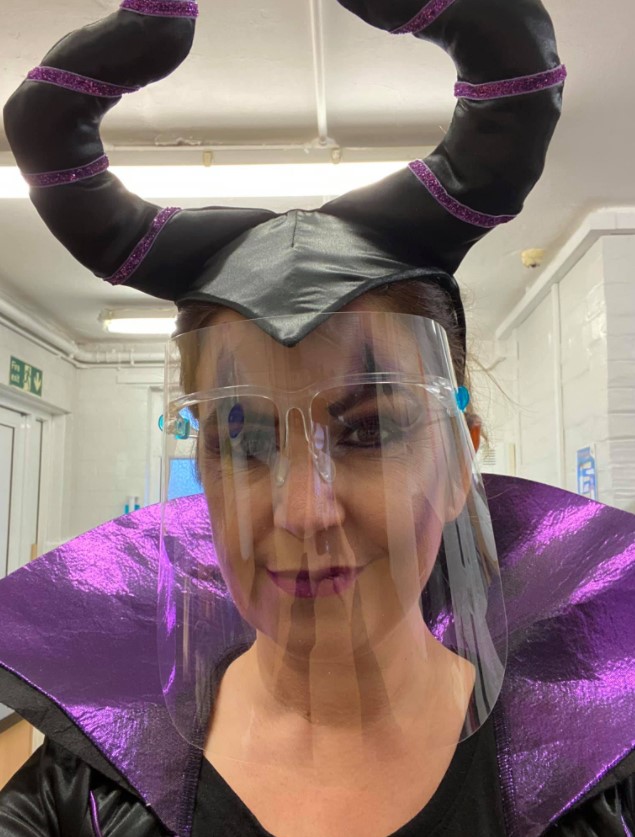 We thought you might also enjoy another look at this Addams Family music video, put together by students from all age group classes two years ago. 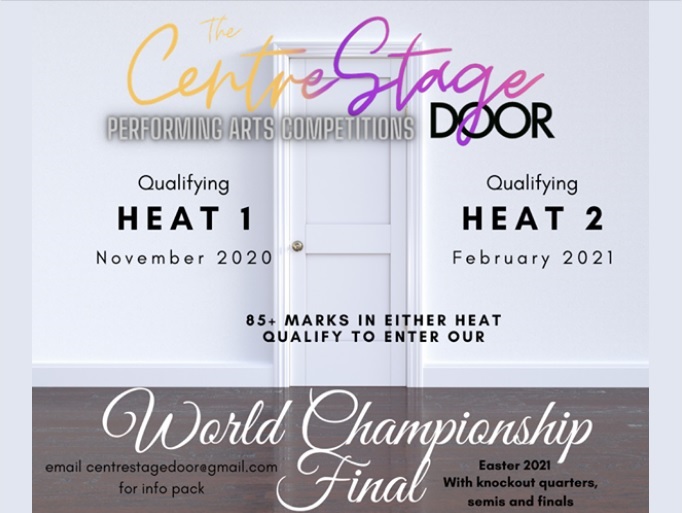 The competition is being organised by Heather Gallagher, founder of StageScreen and StageScreen Musical Theatre Associates. There will be two heats leading up to the world championship finals at Easter 2021.  All entries and judging will be done online.

There are more than 30 different sections in dance, vocal and drama with six age categories in each section and open and novice sections.

Entries for the first heat are open NOW. The closing date is November 7, 2020. Email centrestagedoor@gmail.com for an information pack.

The judges for heat 1

A panel of three professional adjudicators will judge all the entries.

Katherine Jarowicki will adjudicate the dance categories. She is a professional dancer, teacher and choreographer. She has worked in fashion, television, cruise ships and theatre with some of the biggest brands and companies in the industry.

Christina Modestou will adjudicate the vocal categories. She is a Welsh singer and actress who originated the role of Anne Boleyn in Six, the musical about the wives of Henry VIII. Christina agreed to become Patron of StageScreen MTA after running online workshops for StageScreen and StageScreen MTA students earlier this year.

West End theatre director Tom O’Brien will adjudicate the drama categories. He has been the patron of StageScreen since September 2018. Tom worked as a professional actor for five years in plays, musicals, film and TV before turning to directing in 2010. He was resident director of the Cameron Mackintosh International Tour of Miss Saigon and directed Half A Sixpence at the Noel Coward Theatre, in London’s West End. He has also achieved success as a playwright.

How much does it cost to enter?

Entry fees are standard across all of the categories and age groups.

What will entrants receive?

Every competitor will receive individual feedback and an e-certificate.

There will be medals for 1st, 2nd, 3rd place in all sections.

Anyone who receives 85 marks or above in either the November heats or the second heats to be held in February 2021, will qualify for the World Championship Final at Easter 2021!

Industry masterclass and private lessons will be the prizes for our final. 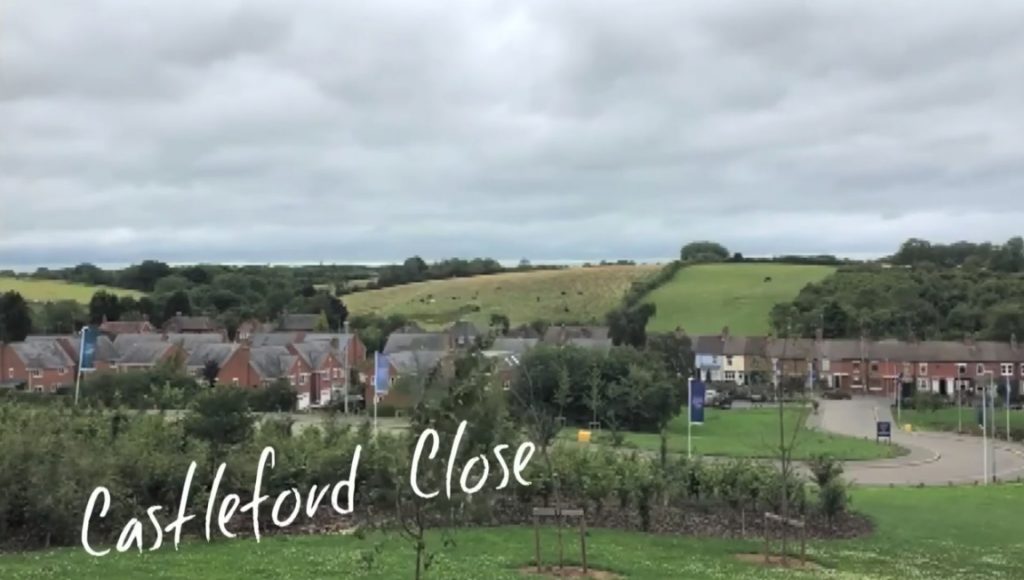 During lockdown we’ve seen some great work produced by writers, directors and actors on TV – did you catch Staged by David Tennant, Michael Sheen and friends?
Maybe you saw Isolation Stories, a series of 15-minute ITV dramas?
Well, StageScreen students have also been busy creating their own serial drama, Castleford Close, the story of a group of youngsters facing their own problems during lockdown.
It is written by acting tutor Jack Broughton and produced by film tutor Tilley Bancroft and the StageScreen students.
A pandemic can’t stop our incredibly talented students from producing excellent work! We are so proud of them all! You can catch all episodes of Castleford Close by subscribing to the StageScreen YouTube channel, or watch them below. 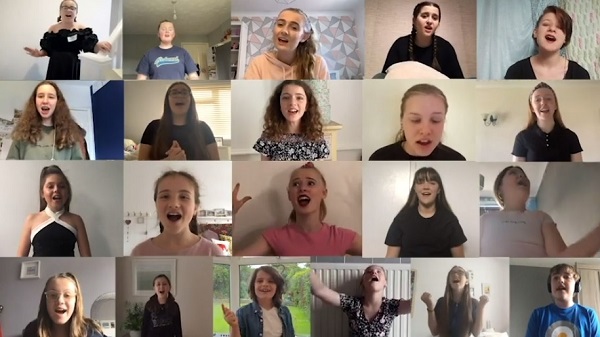 Our sister school, StageScreen Musical Theatre Associates, is thrilled to be among the first organisations in the UK to rehearse, perform and upload to YouTube the virtual musical The Show Must Go Online. 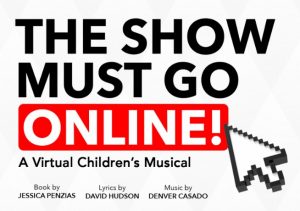 This is the first musical of its kind – one written during lockdown to be rehearsed and performed remotely.

StageScreen MD Heather Gallagher said: “When lockdown started it soon became clear that we would be unable to put on any performances in person for a while. All our classes and workshops went online. Then we found out that Beat By Beat Press, a group of writers and arts educators in New York City who write children’s musicals, had created this special show where each performer could record their segment separately.

“When all the videos are edited together, they tell the story of a group of passionate students desperate to keep their annual musical alive online during the pandemic.”

“Schools in 40 different countries have so far acquired the rights to perform The Show Must Go Online, and we are thrilled to be among the first in the UK.”

You can watch The StageScreen production here:

StageScreen MTA is the elite performance arm of the StageScreen organisation and is an audition-only company for students aged from 8 to 21.

MTA classes run in South Derbyshireat Oakland Village, Swadlincote. We are delighted that we held our first in-person MTA classes on September 9 – one day ahead of our YouTube premiere of The Show Must Go Online.

All our teachers have now completed training for COVID-19 Awareness in preparation for our return to teaching classes and workshops in person later this month.

You can read about our COVID-19 procedures here. We will continue to review and update our procedures as the situation develops and as more information becomes available.

Our number one priority is protecting the health and wellbeing of all our students, staff and volunteers and we will continue to follow the advice of the UK Government, NHS, Public Health England and our local Health Protection Team. 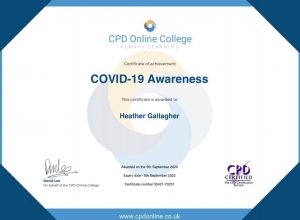 An example of the qualification all our teachers have now obtained.

The very first Centre Stage Virtual Performing Arts Competition was a huge success with more than 300 video entries emailed to us. Congratulations to all who took part in the classes for speech and drama; dance and vocal.

Each entry will receive an adjudicator’s report and certificate with trophies and medals for the highest marks.

Entries were submitted by video and watched and assessed by four professional adjudicators ahead of a live Zoom bursary final held on August 29. Twelve entrants from across the classes were invited to perform again by the adjudicators. 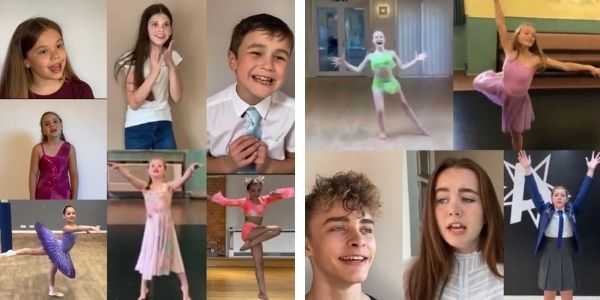 Head adjudicator, and founder of StageScreen, Heather Gallagher said: “Wow! What a treat the Bursary final was! Well done to every single performer- we could have chosen any of the 12 as very worthy winners!”

After a difficult deliberation our junior bursary winner, who won £50, was seven-year-old dancer Bronte Ashmore for her entry to the lyrical class.

The senior bursary winner, who won £100, was 16-year-old singer Isabelle Byrne for her entry in the CCM pop solo class.

Our £25 StageScreen Musical Theatre Associates Vouchers (to be used against any of our workshop or fees) were awarded to: Laila Parry (modern dance class) and Amelia Nixon (musical theatre vocal).

The virtual award winners in the three sections are listed below.

Highest mark Musical Theatre (with or without song) – Eleni Bott 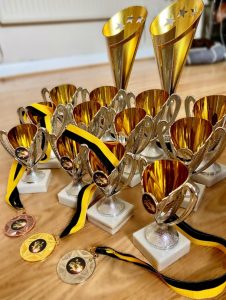 Some of the awards that will be posted out to winners

Winners of each class were as follows:

Classical Duet With or Without Song

Since 2017, we are proud that the theatre director, actor and playwright Tom O’Brien has been our patron. He has provided support and encouragement to students and tutors and been instrumental in helping us secure the services of top, international performers to run workshops for us.

One of the introductions he made for us was to Christina Modestou, who originated the role of Anne Boelyn in the musical Six about the wives of King Henry VIII. 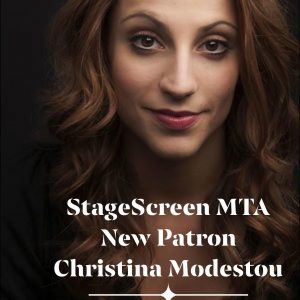 She ran a high-energy online workshop for us on June 3, attended by our students and those from our sister school, StageScreen Musical Theatre Associates. She returned to be part of our week-long summer school earlier this month.

Now she has agreed to become Patron of StageScreen MTA.

Christina says “I’m thrilled to be a Patron for Stagescreen MTA. The students have worked so hard in my sessions and they bring so much fun too. This definitely filters through from their amazing staff who get involved and are so energised and encouraging. I feel very lucky to be working with them more often. One great thing to come out of this Pandemic!” 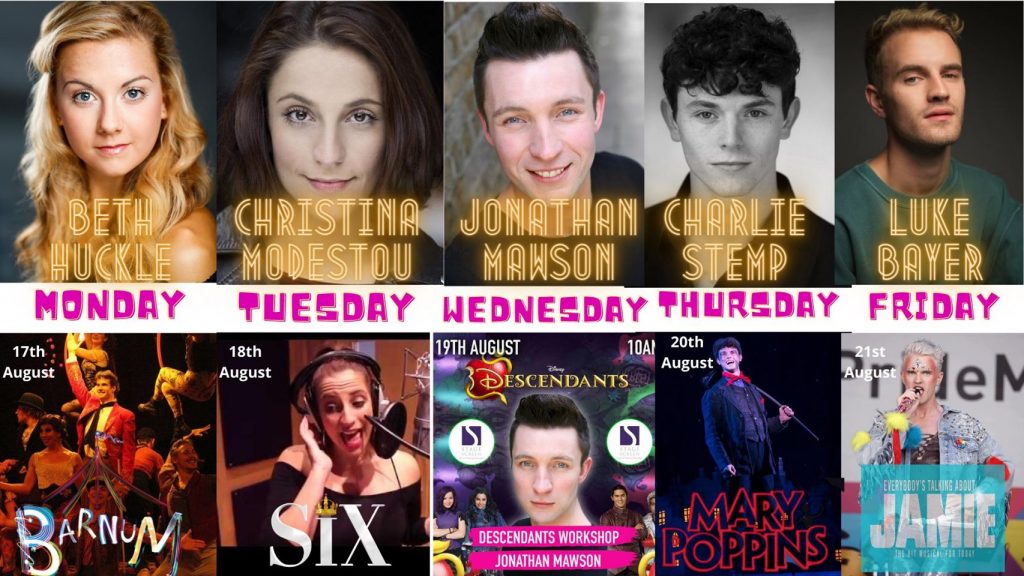 StageScreen is bringing the BEST current West End and Broadway stars online to teach you this summer!

Each workshop runs from 10am – 11am and tickets can be booked online at Eventbrite.