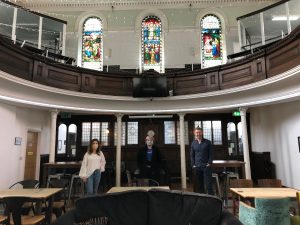 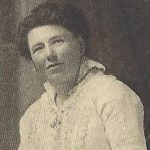 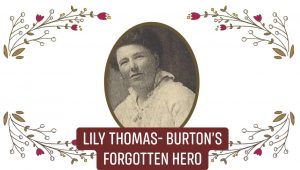 StageScreen pupils are to premiere a new play, The Godmother. It’s the story of Lily Thomas, a forgotten World War One hero from our home town of Burton-on-Trent.

Lily was a widow living in Stapenhill with her young daughter Marguerite when war broke out in 1914.

By the time the war had ended, helped by local volunteers, she had sent out 25,750 parcels to Burton men held prisoner in Germany. Soldiers reported that the parcels of food and medicines saved many lives.

The play has been researched and written by Elaine Pritchard. She first heard about Lily Thomas from local historian Malcolm Goode.

“At a time when women were still years away from winning the vote, she set about making a difference and fought miles of red tape and opposition.

“She was determined and clever and set up an amazing communication network with soldiers. This meant that she became the ‘go-to’ person for families wanting news about their sons, husbands and brothers.”

Students from StageScreen had the chance to read through scenes from the play at their Saturday morning class on May 1. To comply with covid capacity regulations, some students were at Trentside Studios and joined the readings by Zoom. 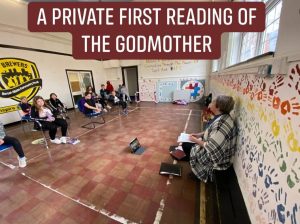 The play is called The Godmother because that was the nickname the Burton prisoners gave to Lily Thomas. She called them her godsons.

Elaine was able to track down a rare copy of a memoir that Lily self-published in 1920. She also researched articles that Lily Thomas wrote in local newspapers.  This means that the play covers many real-life events in Burton during the years of the First World War.

Elaine said: “It’s strange to think that 100 years ago, everyone in Burton would have known who Lily was. Today, she’s largely forgotten.”

“When the war ended, and honours were handed out to people who had contributed to the war effort, nothing came Lily’s way. It’s clear that she didn’t suffer fools gladly and maybe the men who ran things felt she was too outspoken and blunt. She was focused on helping her ‘godsons’ and I don’t think she cared much if she upset anyone who stood in her way.”

The play also includes popular songs from the period and an original music hall-style song written by Elaine.

We can’t wait to bring the story of Lily, and the people she worked with, to the stage in December this year. You can find out more about Lily on the Facebook Page  LilyThomas.TheGodmother.

A busy 18 months ahead

Performing The Godmother is just one of a host of exciting events our students will be working towards each term over the coming 18 months.

Firstly, in July 2021 we will be filming our production of Sister Act Junior before streaming it online. Thanks to everyone who has made this possible by contributing to our Crowdfunder.

Next, after the summer holidays, we’ll be rehearsing The Godmother ahead of its premiere in December 2021.

Thirdly, in March 2022, we’ll be performing a variety and sketch show. In July 2022, the end-of-term event will be a film festival showcasing work by students in front and behind the camera.

Finally, in December 2022, we’ll be performing a hit musical! That’s staying under wraps for a while longer, but we can say we are THRILLED to have secured the licence for this great show.

If you know any 4-18 year olds who would like to be involved in these projects, please do get in touch.