Rehearsals are in full swing for our production of Sister Act Jr. 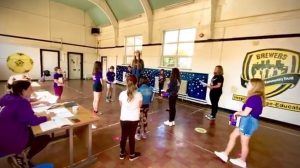 Our students will have the experience of making a film musical of their production. We took the decision to film our show and stream it online due to covid restriction uncertainty.

We aren’t just filming the performance as if it was live but without an audience. Our students will experience how film musicals are made with shot selection, camera angles and close-ups.

We’ll be filming at The Brewhouse Arts Centre in July and then editing before it is streamed online. We’ll release more information about how you can buy tickets soon.

Thanks to our Crowdfunder donors

This filmed production has been made possible thanks to the Crowdfunder campaign that so many of you supported earlier this year.

Burton’s Little Theatre Company was also a major sponsor of our Crowdfunder. We have a close relationship with this long-established theatre group and our Principal Heather Gallagher has performed with them many times over the years.

We are delighted to share the news that they are about to become the first amateur company to perform live in Burton following the pandemic. The LTC Youth Group will perform the musical RENT from June 22-26. 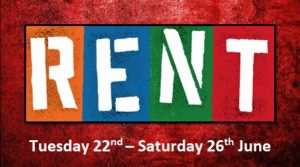 A special seating plan has been devised to reduce the maximum number of people allowed to watch performances.

Bookings can only be made via the Brewhouse by one of the following methods:-

In person at the box office

RENT tells the story of a group of impoverished young artists struggling to survive in New York City’s East Village in the  days of Bohemian excess..

Inspired by Puccini’s tragic opera La Bohème, RENT features unforgettable music and lyrics by Jonathan Larson including the much-loved songs Seasons of Love, Take Me or Leave Me and La Vie Bohème. It won four Tony Awards, six Drama Desk Awards and the prestigious Pulitzer Prize for Drama and ran on Broadway for 12 years.

We’d like to send a big, brave ‘break-a-leg’ to everyone at Little Theatre Company.