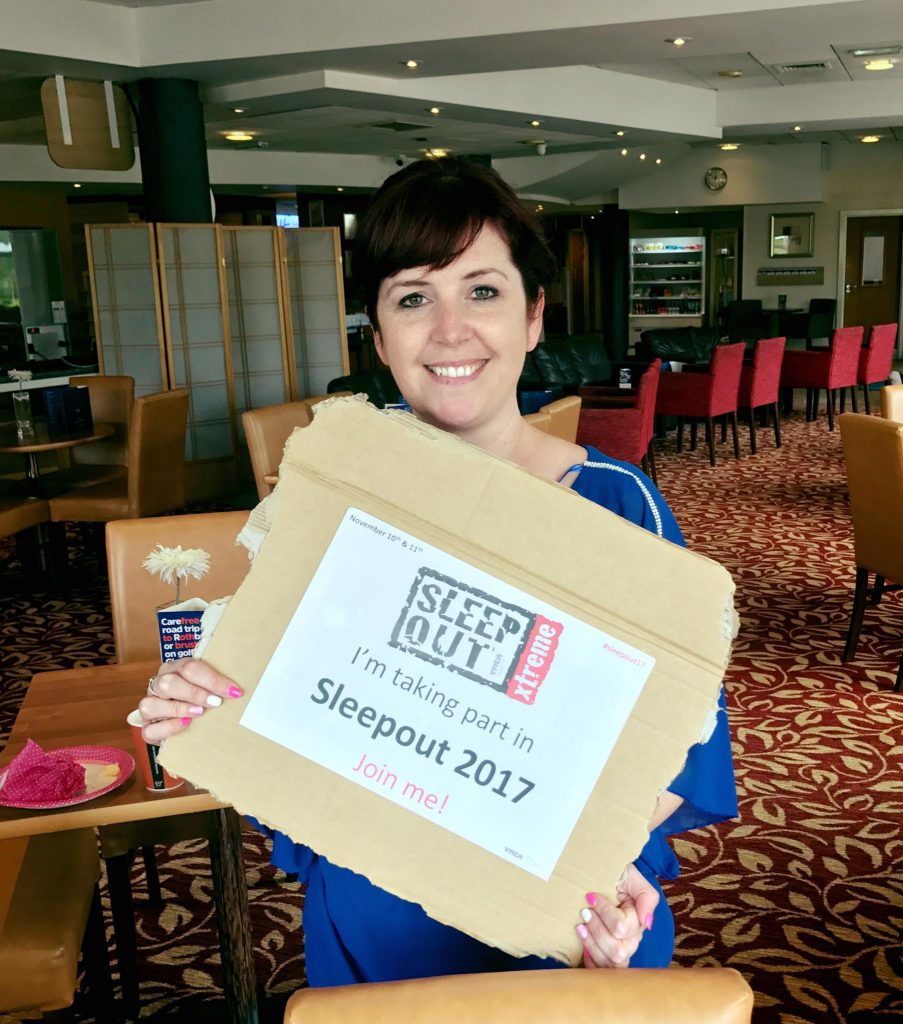 StageScreen founder and principal Heather Gallagher has taken part in Sleepout 2017 along with a group of StageScreen students and parents.

The intrepid group spent the night sleeping in cardboard boxes at the Burton Albion Football Club’s Pirelli Stadium. They were sponsored to raise money for Burton YMCA.

Heather explained: “For one night we gave up our beds to raise money for an important local charity that supports those who have no choice but to sleep rough. The YMCA also provides mediation services to help prevent family breakdowns, which can result in young people sleeping rough or sofa-surfing. Its food bank is also increasingly needed for families and people in crisis.”

She added: “We have been talking to volunteers and staff at the YMCA and the information we have found out will also be used in some of the work students produce for our end of year showcase next month.”